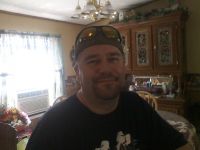 Other places to find me:

Partial deafness, both ears; and RP

Partial deafness, both ears; and RP Harold became hard of hearing in early infancy. He has spent his entire life being almost completely deaf in both ears. A few years ago it was discovered that Harold has retinitis pigmentosa. Now, on top of the deafness Harold is going blind. Harold now has this profile in the hopes of finding a woman to share his life with, someone who understands the darkness.

About Me  (My Interests / Hobbies / Groups)

About My Match  (What I'm looking for)

No preferences defined yet!

No Favorite Websites added yet.

No Favorites / Friends Added Yet

No Favorite Books added yet.

No Favorite video games added yet.

If you see spam, fake information, nonsense information, offensive information or an empty profile, please click the button below and enter your reason for reporting this profile. It will be reviewed promptly.
Note: Reporting Tool Only Visible To Logged In Members

FIND Other Singles In
New York 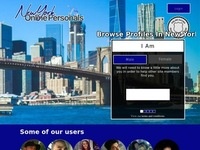